You are here: Home › Past Events › Akong: A Remarkable Life 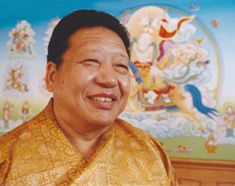 Please join us on Saturday 13 May for the first screening of the film Akong: A Remarkable Life at 4pm.

Akong Rinpoche used to say “only the impossible is worth doing”. When you watch this film it
will become apparent that he consistently faced seemingly impossible circumstances without
compromising his core principle of kindness and his profound commitment to benefit others.
Having the good fortune to know Akong Rinpoche as a friend and teacher for more than 40
years, I witnessed many ordinary lives transformed as he encouraged those who worked with him
to grow beyond their self-imposed limitations and achieve more than they could have imagined.
The making of this film to tell the story of Akong’s remarkable life certainly presented us with
many challenges. However, by working together in the spirit of the man whose life we wish to
honour, what sometimes seemed impossible has indeed now been accomplished.

Akong – A Remarkable Life tells the story of Akong Tulku Rinpoche, Tibetan Buddhist
master, compelled to flee his homeland at the height of Sino-Tibetan tensions and
forced into exile into unknown lands. Later he would become, along with Chögyam
Trungpa Rinpoche, one of the key pioneers of Tibetan Buddhism in the West.
At a young age, Akong becomes the Abbot of Dolma Lhakang monastery in
Eastern Tibet and the path of his life seems fixed. However, political turmoil changes
everything as in 1959 he is reluctantly forced to flee his homeland on a dangerous
journey whose end is uncertain.

During the ten month escape across the Himalayas to India, Akong comes close to
death, being one of only 13 of 300 compatriots to survive the arduous journey. As he
lay, near death, in a cave in the Himalayas, he makes a promise that, if he survives, he
will devote his life to helping others.
He makes it to India only to battle life-threatening tuberculosis. There Akong meets
an Englishwoman, Freda Bedi, who runs a refugee camp in harrowing conditions. Together they create a home for young refugee
Lamas, which Akong manages for three years until Freda arranges for him to travel to Britain along with his friend Trungpa
Rinpoche.

In 1967 they co-found Samye Ling, in Scotland, the first Tibetan Buddhist monastery in the West.
In 1992 he is chosen as a member of the search party seeking the rebirth of the His Holiness, the Gyalwang Karmapa, head of one
of the main lineages of Tibetan Buddhism.
Akong increasingly turns his mind to the suffering and hunger of people and embarks on numerous projects to help. Most
notably he co-founds an international humanitarian charitable organisation called “ROKPA”, the Tibetan word for help. He works
incessantly founding schools and orphanages, providing home and education for former street children, as well as providing food,
shelter and essential medical supplies in countries such as Tibet and Nepal and in Zimbabwe and South Africa.
Akong’s fundamental message of compassion-in-action shines through and his example inspires thousands of people to work to
make the world a better place. A number of those he inspired recount his story in the film.
Akong Rinpoche was in Chengdu, China in October 2013, about to embark on the latest of many humanitarian missions to Tibet,
where he was murdered, senselessly, along with an attendant and his nephew. Despite this sad and shocking end to a remarkable
life, the film ends on a message of hope.
Website: http://www.akong-remarkablelife.com/
Facebook: https://www.facebook.com/AKONGaremarkablelife/#
Chico Dall’Inha, Director: chico@chicodallinha.com
Vin Harris, Executive Producer: trust@hartknowe.org 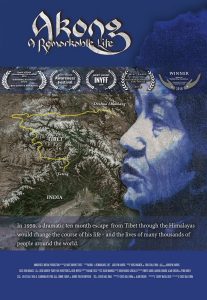