You are here: Home › Events, Courses and Retreats › Study of Atisha’s Lamp with Alan Muller

Atisha’s Lamp for the Path to Enlightenment

Using several commentaries we will study, contemplate and meditate on this wonderful text.

“The first important aspect when considering Jowo Atisha’s Lamp for the Path to Enlightenment is that it provides a complete teaching on the path to enlightenment, from the very beginning to the ultimate realizations. Such a comprehensive overview helps us understand the teachings.” Quote from 17th Gyalwang Karmapa

“To practice effectively you must know how to do so. The Lamp indicates clearly and concisely how to practice. It contains the quintessential thought of past, present, and future Buddhas. Since people’s abilities, dispositions and interests differ, Atisha, one of the greatest Indian masters of his time, shows how this subject – matter may be practiced by those of three different capacities.” Quote from Geshe Sonam Rinchen.

Course structure: A monthly meeting at the centre with a programme of practices to do at home.

A R50 donation to the centre. Dana for Alan would be much appreciated. 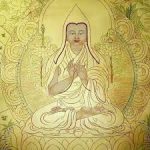 Atīśa Dīpaṃkara Śrījñāna  (982 – 1054 CE) was a Buddhist Bengali religious leader and master from the Indian subcontinent. He was one of the major figures in the spread of 11th-century Mahayana and Vajrayana Buddhism in Asia and inspired Buddhist thought from Tibet to Sumatra. In 1013 CE, he traveled to the Srivijaya kingdom and stayed there for 12 years and came back to India. He is recognised as one of the greatest figures of classical Buddhism, and Atisa’s chief disciple Dromtön was the founder of the Kadam School, one of the New Translation schools of Tibetan Buddhism. 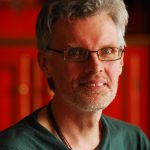 Alan Muller took refuge in 1997 with Akong Rinpoche. In 2003, he completed a one-year closed retreat under the guidance of Lama Yeshe Rinpoche at Samye Ling Monastery in Scotland. During this period, he took novice monks vows. Alan remained a novice monk for six years and now presents courses and retreats as a layperson. He has formed and guided Ngondro practice groups since 2004 around Southern Africa and leads a week to 6-month retreats at Tara Rokpa Centre.